This weekend Gaba had few friends over as they were working on some history project. Whenever a bigger group of people visits it’s time for my cake tests. You know, I am assured I will not stuff my mouth with the whole tin of cake. There are people coming, who need to be fed. So I baked two tarts with rhubarb. One with patly crumble on top and the other with meringue. Votes were divided, those who like their desserts sweeter chose the meringue one. This one is less sweet, yet covers you with this warm, crumbly feeling with the sweet tartness of rhubarb. My fav definitely, though I love the meringue one as well, which I’ll post closer to the weekend.

Rhubarb comes from our own garden. We own 5 bushes that are 3-4 year old. They are enough for cakes every week and few jars of jam. Nothing much to be done around them, so get one for your garden as soon as you can. More on rhubarb growing here 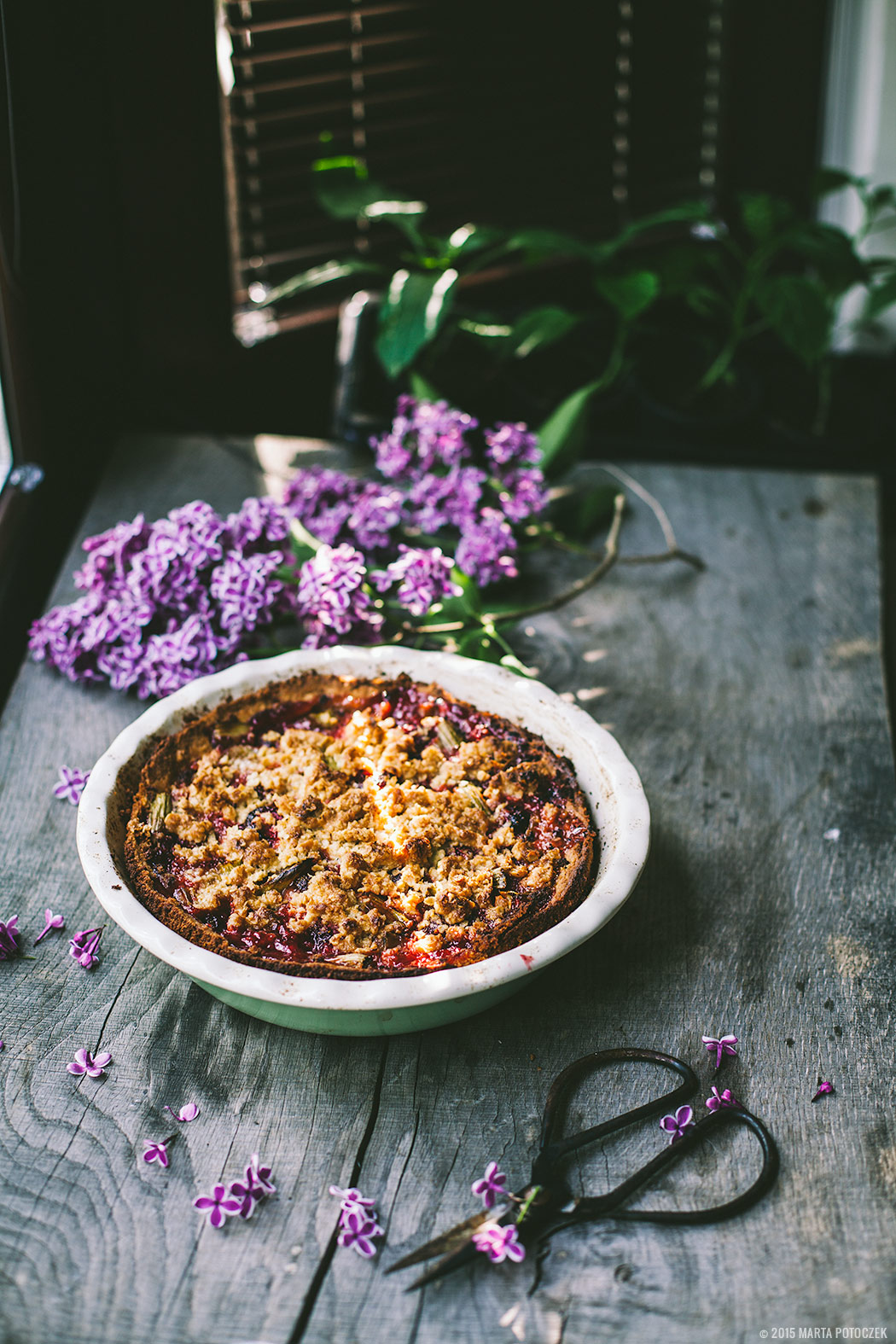 I used a recipe from one of my favourite baking books The Nordic Bakery.

You will need a 20cm loose-bottomed, fluted tart tin

1 Preheat the oven to 200˚C/400˚F Gas 6. Sift the flour and baking powder into a mixing bowl. Rub the butter into the flour mixture with your fingertips until it looks like breadcrumbs. Stir in the sugar and egg yolk and mix until a dough forms. Transfer the dough to the greased tart tin and push and press it into the tin until the base and sides are evenly covered with a neat layer of dough.

2 To make the filling, put the rhubarb and brown sugar in a bowl and mix until the rhubarb is evenly coated, then transfer to the pastry case and spread roughly over the base of the tart. In a separate bowl, mix the butter, caster sugar and oats together until you have a rough mixture like a crumble topping. Scatter roughly over the rhubarb filling. Bake in the preheated oven for 30 minutes, or until the crumble topping and pastry are golden brown.