Few years ago I was the no breakfast kind of girl, going through my mornings on huge latte with sugar. I was fat, I was tired and was ill all the time. First thing that I changed on my path to healthy living was having breakfasts no matter what. I started eating granolas, oatmeals, drinking smoothies. Few weeks went by and I woke up hungry and ready for breakfast. During the week we usually have granola , peanut butter/banana yogurt smoothie or any kind of oatmeal(my fav is apple&cinnamon). During weekends I love to indulge in pancake breakfast, but that’s for another post. 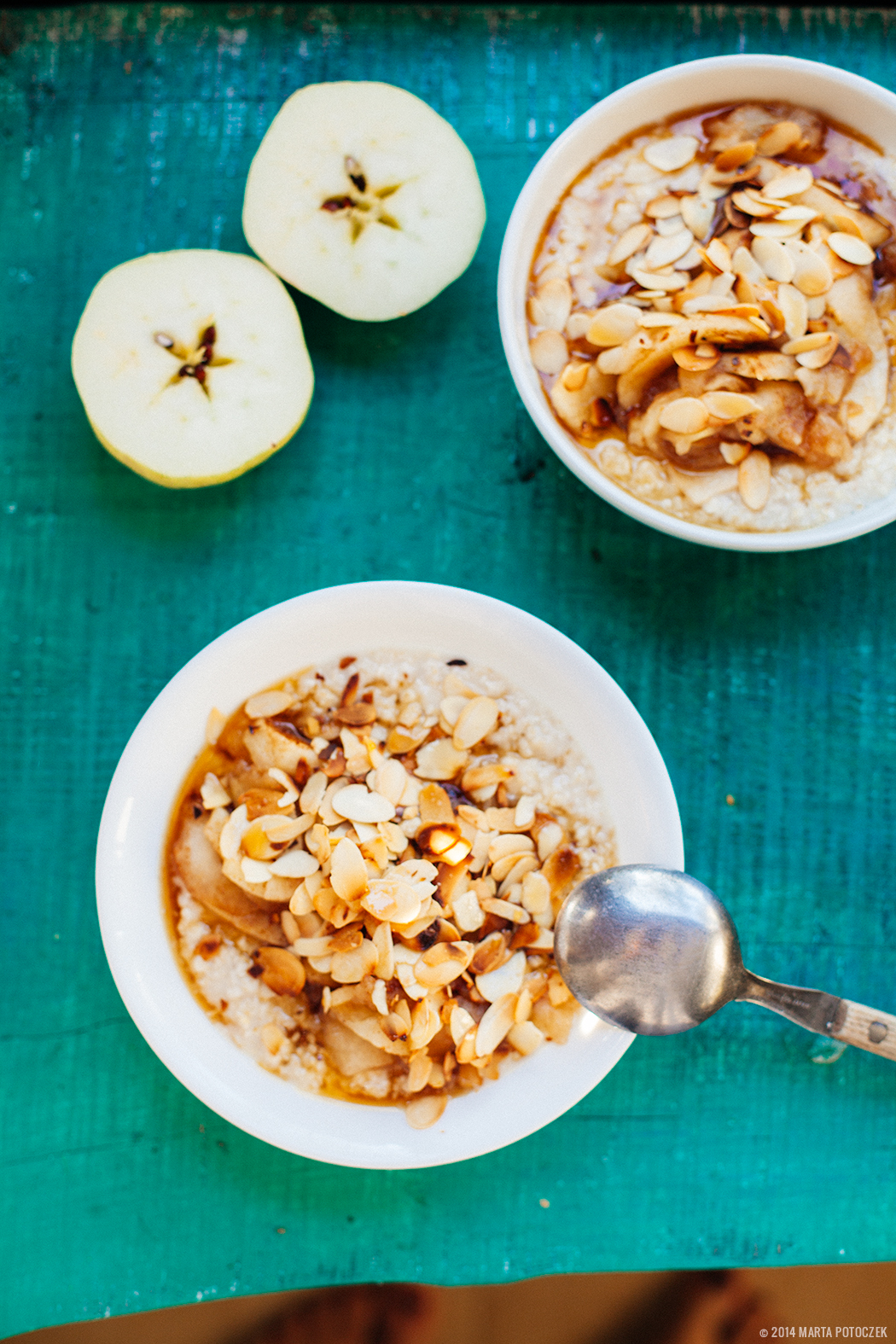 Oatmeal fans- this is for you, this should feed two hungry people

Peel and core the apples, slice them thinly. In pan number one put the apples, sprinkle with sugar and cinnamon. You can omit the sugar if your apples are sweet. Add a bit of water to the bottom of the pan. Put on medium heat. Cook until apples are soft, about 8-10 minutes. In pan number two cook oatmeal and rice milk until thickened, about 5 minutes. On a dry pan roast almond flakes moving them in the pan constantly until golden(it takes little time so beware!). Time to assemble: pur oatmeal to the bowl, decorate with apples and sprinkle almond flakes on the top and pour some maple syrup all over.

Everyday pics with my pets